Author of International and Domestic Publications 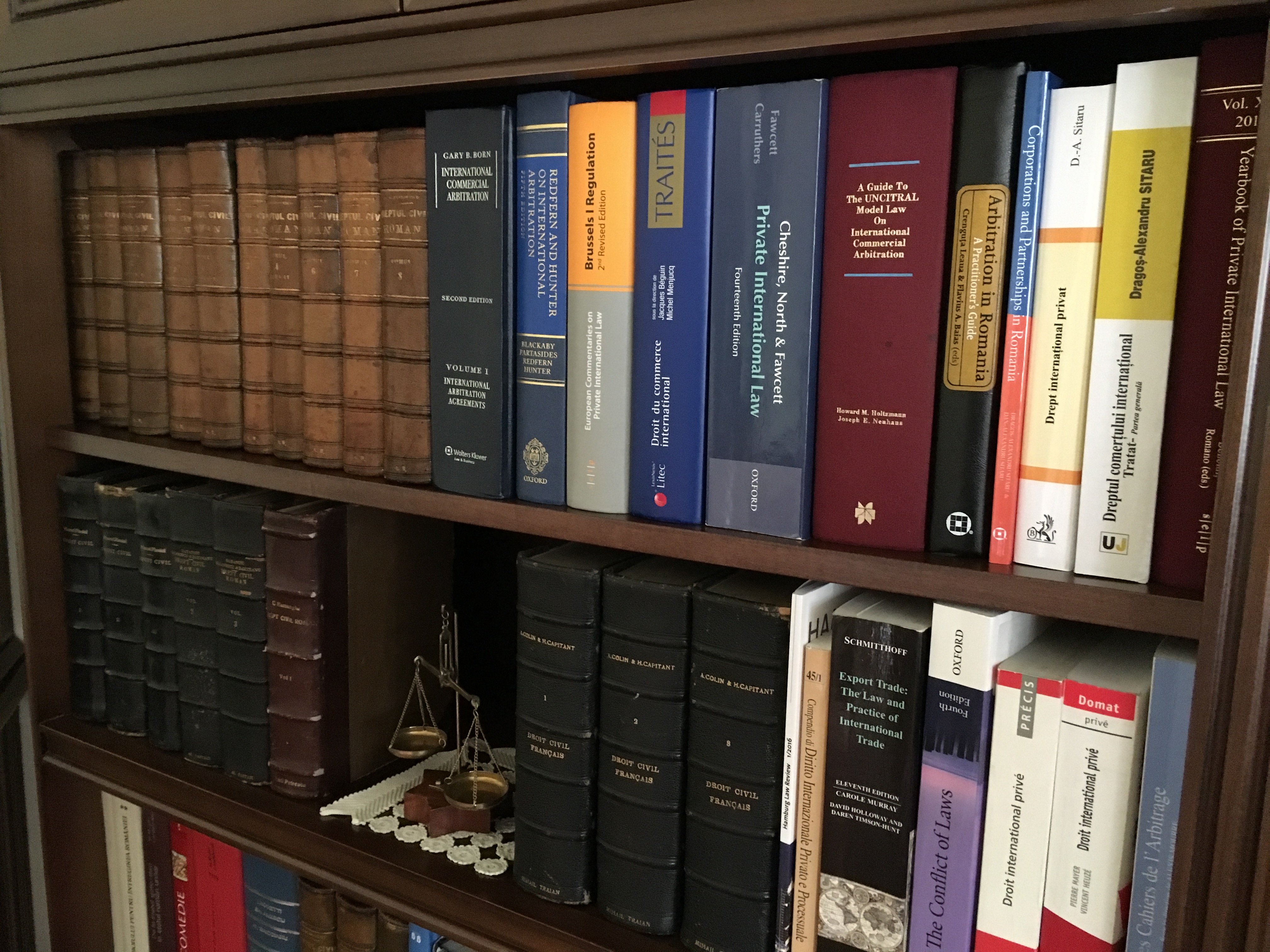 Author of two academic treatises and more than 40 monographs and articles in the field of International Commercial Law, Private International Law and Civil Law, edited in Romania and abroad.

Legal advises issued for Romanian and foreign clients (banks, companies and personalities from Europe, America etc.). Co-author of the draft of the Romanian Foreign Commercial Code, 1979/1986.

Member of the Scientific Council of the “Romanian Magazine of Arbitration”, published by the Court of International Commercial Arbitration attached to the Chamber of Commerce and Industry of Romania (since 2007).

Member of the Scientific Council of the “Maritime Law Review”, published by Universul Juridic Publishing House (since 2010).